Thank you all for your kind words and encouraging us through everything we’ve been experiencing with Faith and her rheumatoid arthritis diagnosis. It’s been about a month and if we have learned anything these past few months since all of this started, anything can change quickly, so we of course, are always on or toes. This past month has given us a lot to swallow, a lot of changes, and a lot of trusting God. More on that, but first, where we are today with Faith, medically for those who have been asking…

(For background on this, visit my first post here)

Since we received the diagnosis of rheumatoid arthritis, we’ve had a complete diet overhaul with the guidance of a functional medicine nutritionist, to identify triggers for her. They suspect some food sensitivities and deficiencies that we are testing for but have not received final results as of yet. She eats really well, but even healthy foods may be contributing to inflammation. It’s going to be a trial and error process, but if we can at least figure out the diet side of this and work on healing her gut from all of the antibiotics she was exposed to, that’s a start. 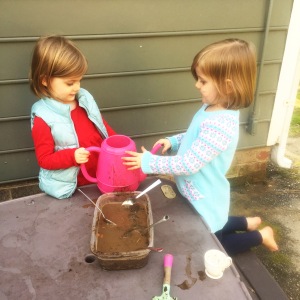 About a week before Christmas, Faith had another flare up, still only in her foot. We had not been on any medication at that time and started some homeopathic remedies and saw some relief, but ultimately had to put her on an anti inflammatory medicine. We noticed that it still was not improving after a few weeks and that the flare started looking very different than it had ever looked before. Instead of overall swelling and redness, she had a large, red, bulge on the instep of her foot, no where near a joint, and the rest of her foot looked normal.

We feared that this was not rheumatoid arthritis and something else so on New Years Eve (always on a holiday or weekend, always) we headed to the pediatrician to get their take on what we were seeing. They agreed that it didn’t look like arthritis and said this was over their heads, it looked like a massive infection to them (different spot than the previous infection). They advised us to go to VCU hospital but was then able to get us into the orthopedic that day. The orthopedic also agreed this didn’t look like arthritis but wasn’t sure that this was an infection either. It thankfully didn’t appear to be spreading rapidly like before, which was good news, but after an X ray didn’t give us much information, he ordered another MRI.

The MRI wasn’t able to be scheduled for another 2 weeks and her foot was worsening. We were told that we needed to have a very low threshold for taking her to the ER, so we tried red light therapy (stay with me here). We were terrified of another hospital visit if we didn’t get to this quickly and we were just waiting to have this MRI. We had read about red light therapy and thought we had nothing to lose so we did it and noticed DRAMATIC improvement just after one treatment. We continued it for a few days and her swelling went down an entire inch (I know, she had more than an inch of swelling on that little foot) and the redness shrunk a few centimeters. It didn’t completely heal it but it kept us from the hospital while waiting for further testing, so I call it a success.

She had the MRI…our 4 year old laid completely still during that loud, scary, test for 40 minutes. She is such a rockstar. And unfortunately the MRI was not as conclusive as we’d hoped, but I somewhat expected that. I’m thankful, however, that something serious wasn’t glaring at us, but it’s very frustrating still not knowing exactly what’s going on with her. One thing it did conclude is that she has fluid in multiple joints and her bone is being compromised. It’s either a rare infection, fungal or bacterial, that is hard to treat, or rheumatoid arthritis or another chronic inflammation disease. 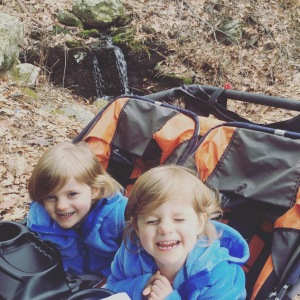 Our next step is trying a steroid as a diagnostic tool, which we’ve been so hesitant to do, but our alternative is surgery to biopsy the fluid. Unfortunately, any natural or homeopathic remedy that we’ve been trying is not working quickly enough and we don’t want her to have long term bone damage. The doctors have been hesitant to try steroids in the past in case it’s an infection as that would suppress her immune system fighting it and make matters worse. Now that her foot is better than it has been since the initial flare up, if the steroids make things worse for her, we more than likely won’t have to rush to the ER as long as we are keeping a close eye on it. If her foot improves on the steroid, that will indicate a chronic inflammation disease like rheumatoid arthritis. If it doesn’t improve or worsens, we’re looking at an infection.

So that’s where we are today- trying a steroid and so far she seems to be somewhat improving, which points us back to RA, but only time will tell. She has been limping or not walking since before Christmas so we just want to do what we can to get her better AND figure out what’s causing it. I admit, it’s been a rough few months. We’ve been trying to create some sense of normalcy for our family but it’s so hard when we have this constantly over our heads. Not just the worry about what’s going on with her, but parenting a 4 year old who is in long term pain, but still needs to follow rules, have discipline, etc. And also parent her twin sister who is not in pain but feels the need to be treated the same, claiming she has random, convenient “foot pain” too. Just managing their limited understanding about all of this, and their frustration, has been tough a tough situation.

I think the only thing that encourages us is that we know this is not forever, we are completely in God’s hands. Whenever I’m in doubt or having anxiety, scripture is poured over me. I’m reminded….

Thank you everyone for praying and encouraging us. We are confident that we’re on the right track in figuring this out and hopeful that we’ll receive clarity soon. I also really appreciate everyone who has reached out with ideas about possibilities or remedies you’ve heard of or have experienced personally with these types of symptoms. It makes us feel like we’re not alone in this process. Thank you so much!

View all posts by Kelley Lively

2 thoughts on “Update on Faith”